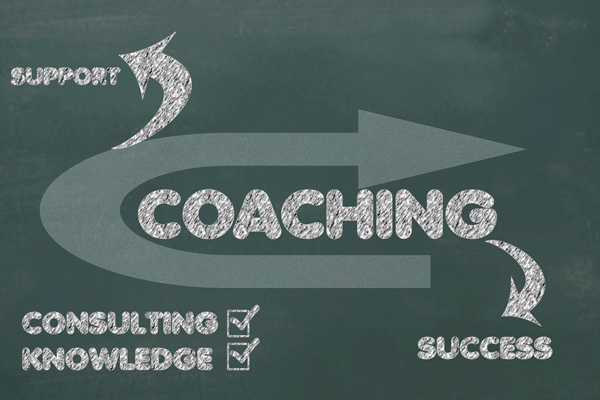 A major player in the wine, beer and spirits industry was on the precipice of promoting two key executives to continue driving the company forward. With major contracts with a national grocery chain and a multi-national retail corporation, management was banking on the leadership expertise of the newly promoted company vice president and another key executive to provide the right cultural fit and bring sustained success to the operation.

The goal by management was to not only improve communication and the working relationships between two separate divisions within the company, but also provide a more tailored communication approach when engaging with these major clients.

As I had been a longtime collaborator with the company’s executive team, I was approached by management in summer 2014 to conduct assessment training and job benchmarking to enhance company culture and determine better overall job fit.

I worked closely with Price Associates President and CEO Ron Price to sketch out dynamic communication and assessment training exercises and benchmarked the roles of the two newly promoted company executives.

The process, which included four, two-day on-site visits over the course of 12 months, included TriMetrix® HD assessment training, where the two executives would better understand the value they brought to the team and any limitations they may face (DISC/behaviors), as well as discover their inherent driving forces (motivators).

In addition, we utilized my unique inner circle-coaching program to engage everyone on the workplace teams, which are based in Arkansas and Cincinnati. Mike, the newly promoted vice president, said the results were immediate.

He said communication improved exponentially, and there are now more open and direct lines of communication to management where there may not have been previously.

“Keeping everyone abreast of what’s going on within an organizational is critical to its success,” Mike said. “It’s a culmination of a lot of things, but learning more about people’s traits and characteristics helps us become more successful as a team.”

Eventually, 13 other company leaders also completed the TriMetrix HD assessment and received a comprehensive breakdown of their behavioral. They then received one-on-one coaching for 30 minutes at a time, which took place every month throughout the program.

During this process I noticed Mike quickly picked up on the intricacies behind the science-based assessments and was able to effectively communicate his and his colleagues’ results with the entire organization as a means to better understand others.

“So, now our employees know if you’re interacting with a high D, don’t beat around the bush. If you’re talking to a high I, you’ll want to spend some time talking to each other,” Mike said. “This process has worked well and it’s helped. We’re definitely gelling better as a team than we have in the past.”

Today the company is experiencing improved team dynamics and collaboration as a whole. The sales and category management teams now have improved working relationships and can now better coordinate efforts with vendors more efficiently, rather than “working against each other.”

The self-discovery process has also led to key results with clients, and “it’s starting to show in their bottom line.” In particular, company executives said they have experienced:

I credit ongoing company success to the following:

Every employee at the wine and spirits distributor has posted a paper version of their talent profile — it demonstrates their inherent human behaviors, motivators and cognitive patterns in graph form — on their office door so colleagues get a better understanding of them and can tailor their communication approach.

“So, all of a sudden, everyone knows how to read their TriGraphs and they can walk by a new employee’s door and say, ‘Oh, great! I know what you’re all about.’ In just a few seconds, they get it.”

In addition, many workers have created 3×5 cards replete with communication dos and don’ts on everyone in the office in order to be more efficient and tailor their communication approach. 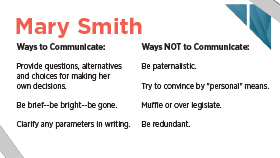 “It’s really helped to break down the communication barriers and assisted the employees in discovering what motivates other people in the office,” Mike said. “Not only that, but it’s also allowed employees to have more in-depth and substantive conversations with clients.”

Mike acknowledges the company wouldn’t be where it is today without the assessment training and coaching.

Because this organization put forth the effort to support the self-discovery process, everyone can now walk in to the office every day with a better understanding of what motivates them and their colleagues in their jobs.