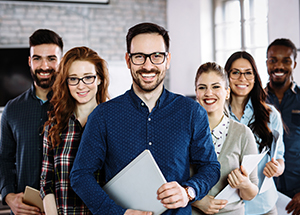 Are You Meeting the Needs of Your Team?

When you think back on your life, can you pinpoint what helped shape who you are today? Perhaps it was a person—someone who saw greatness inside of you and helped you discover your worth. Maybe it was a profound experience—something that helped you discover the value of life and those around you. For 11 young athletes back in 1982, one of those life-shaping times occurred during Dartmouth freshman crew, class of ’86. I was their coach, and they were my team. My experience coaching those freshmen was one of the richest in my entire sports coaching career.

One of the young athletes on that team was Wolf Dietrich-Weber. He was born and raised in Germany, went to high school in Singapore, and came to the United Sates to go to Dartmouth College. During his freshman week, he was recruited onto Crew. Although Wolf had never rowed before, he decided to give crew a try. After all, what did he have to lose? He had already moved across the world and left everything he knew behind for an exciting adventure at his dream school.

Wolf learned many lessons about teamwork and leadership during his years rowing. These were lessons that would set him up for success in his life and career.

In 2004, after Wolf graduated from Dartmouth, finished his PhD at Stanford, and worked it at two start-up companies, colleagues from Stanford suggested that he come work at a growing company called Google. After encouragement from his colleagues, he decided to give the company and try. He fit right in.

Wolf’s role as principal engineer has given him the opportunity to lead in a way that positively influences both his team and himself. He truly cares about those he leads and Google’s values are right in line with what Wolf believes about leadership.

“I think one thing people often have a misconception about is, if you become a senior manager and have a team to lead, you get more power and your team has to serve you. The reality is actually the other way around, especially in a company like Google,” Wolf says. “In general, your job is to make sure that the people you’re leading are actually happy, because if they’re not, they are going to take off and you won’t be leading them anymore. You have to make sure you actually serve the people you wish to lead.”

When I work with leaders, I asked them to show me their organizational charts, with the CEO at the top of the pyramid and the rest of the employees fanning out below at different levels. I ask questions about reporting structures, people’s responsibilities, and team functions, among other points. I then take that chart and turn it upside down, so the top leaders are at the bottom, below are those who report to them, who are now on top. “This is the way the chart should look! You are working for them! Because if you don’t look at it that way, you won’t have your position for very long,” I say. I encourage you to look at your company’s organizational chart the same way. In order for you and your organization to be successful, you need to dedicate your valuable time to meeting the needs of all those people above you on the inverted chart. This quick visual can you create immediate action and a mindset shift.

As a leader, are you really clear about the needs and wants of those people who have the most impact and leverage into making you or the company successful? What can you do to increase their levels of engagement, ownership, responsibility, and accountability for results?

Google encourages ideas from any and all within the company. Dartmouth Printing, a local company in Hanover, New Hampshire, has been using this technique for years. When employees come up with ideas that help save or make money for the company, the employees are compensated with a percentage of the savings or profits. One way to inspire ideas is to create incentives and have leaders encourage thoughts and ideas anytime, anywhere, on anything. Once you start to include people and offer incentives for their thoughts, ideas, and opinions, they are much more invested in the company and in working for you as a leader, and their motivation goes up because they’re constantly looking for ways to improve the systems in your organization. When people feel valued, it increases the value of the organization.

Circle 1 is Task: Completing the task
Circle 2 is Team: Building and maintaining a team
Circle 3 is Individual: Meeting the needs of the individuals on the team

I have use the three-circle model for many years in my coaching work with leaders. When I see leaders spending too much of their time in the task circle, I ask them how well the task is being completed. Usually if leaders are too involved in the two other circles, they are not aware of the other two circles, team and individual. How can a leader build a highly effective team if the leader is buried in the task circle? By being too task-focused, they are not giving others a chance to develop. They are neglecting the individual needs of others, creating a lack of trust and low working agreement.

In order to build teams, you not only need to set a clear direction and get agreement on the goals—in certain situations you need to be aware of the individual needs of each of the team members, and other times you need to step up and create a team. As a leader, if the task at hand is it being accomplished, avoid diving into the task circle. Pull up and get a better view from 10,000 feet and see if your task would be better served by serving your people. Are there needs being met and are you creating situations to build and maintain team behavior and performance?

This blog is an excerpt from, Working In Sync.