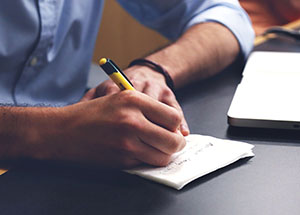 3 Leaders Who Made an Impact on My Life

AND THE LESSONS I LEARNED FROM THEM

Throughout my life I’ve been fortunate to learn lessons from many great leaders, and even some lessons from leaders who weren’t so great. But I can specifically name three leaders who had a significant impact on my life’s purpose and direction. The lessons I learned (and sometimes continue to learn) from these leaders have been far reaching, and hopefully you’ll find some wisdom here too.

George Bartlett
Headmaster at South Kent School (SKS)
I spent my formative high school years at SKS during the tumultuous period of the ’60s. Headmaster Bartlett and the values that he instilled at the school made a major impact on my life.

Directness of Purpose. At the school, our purpose in learning and growing was front and center. And when I’m working with a client, this is always the place I start. I help them identify the purpose of their leadership vision, the purpose of the team, the purpose of the company’s mission, and even their personal purpose. If we don’t know the purpose, how are we going to get started?

Simplicity of Life. At SKS, the students all had jobs; we were in charge of keeping the school cleaned and the grounds maintained. It was part of the school experience. There was a simplicity of life that came with those chores, and it’s one that I try to continue to live. It’s identifying what we really need in life. I even translate this lesson of simplicity to my work with leaders. I try to take the complexity out of situations and help them focus on one area. It’s amazing the impact leaders can have when they make a simple change that cascades down through an organization.

Self-reliance. The seniors ran the school and were the leaders in charge. This gave us all significant self-reliance lessons! By the time I was a senior I was in a leadership role; I was in charge of a group of boys who were one, two and three years younger than me. Having been a follower for three years, I was now self-reliant and knew how I was going to run my group of students. Leaders today need to develop this skill. They need self-reliance to set goals, make decisions, and execute on strategy.

Chick Willing
Crew Coach at South Kent School
I was on the crew at SKS under Coach Willing. He had never rowed a day in his life, but he was a great coach who produced a winning team.

Have Fun. Coach Willing made our practices fun. I couldn’t wait to get to the boathouse every day. I knew we were going to work very hard—it was brutal—but we were going to have fun doing it. We had a great bunch of teammates down at the boathouse, and because we enjoyed it so much we beat every team we raced against. We didn’t lose a race for four years. Some of Chick’s humor was sarcastic, some of it was jokes, but he made it fun. When you make it fun people work harder! This is one reason that I do experiential training activities with my clients—to help people have fun.

Connect with Your Team. Coach Willing had a great connection with each of us. We trusted him because he had built a relationship with each of us. With the fast pace of today’s workplace, this can be a challenge, but it’s important to for leaders to find ways to connect with their teams. You can do this by listening to them, asking their opinions, and demonstrating that you value their contribution. In the sport of rowing, the coach is not involved once the boat is pushed out for the race. At that point it is up to the team to perform. If you coach your team well, this builds the trust and confidence they need to perform on their own.

Humility when you win. We were a winning team at SKS, but Coach Willing made sure that during the handshake after each race, we remained humble about it. He made sure we weren’t braggarts and that we didn’t get egotistical. I carried that forth in my own coaching. I coached crew for seven years at the college level, and my team at Dartmouth saw several examples of poor sportsmanship from other teams. In college crew it is customary that the losing team give their shirts to the winning team. One race, we unexpectedly beat Yale. I instructed my team to wait by the bus for their shirts, and to accept them with humility and respect. The Yale team simply boarded the bus, without giving us their shirts! I asked the coach what was going on, and he admitted they hadn’t expected to lose so they hadn’t even brought their betting shirts! We received them in the mail three weeks later. It was one of the greatest lessons that crew ever learned about winning and losing.

Ron Price
Executive Coach and President of Price Associates
I met Ron Price at the annual Target Training International Conference in 2008. He won the prestigious “Coach of The Year” award that year. I sought him out at breakfast the next morning and asked him to be my coach. It was the beginning of a life-changing relationship!

It’s OK. Over the years I’ve been working with Ron, he’s had plenty of opportunity to point out when I messed up, yet in nine years he has never reprimanded me. The amount of trust in our relationship is off the charts. There is no hidden agenda; he just wants me to be better. If we could instill this value in all leaders, imagine how different the world would be! Leaders need to understand that it’s OK when their people make a mistake, as long as it’s not intentional, unethical, dishonest, or hurting someone. Leaders should coach their employees to take accountability without fear, and that mistakes are an opportunity for learning and adapting.

Build Confidence. Great leaders help their people increase confidence. When I first started working with Ron, I was not confident in who I was or what I could do. But through Ron’s guidance, I started to understand my strengths, and after a few years, I started to feel good about the progress I made learning, growing, being humble, making mistakes, taking hits and being authentic in my development as a coach. You have to earn your stripes. I built confidence through working with a coach, doing the hard work, making mistakes and not being vilified for it. Ron continually reinforced that I had the ability to sharpen the saw and do it better next time. When you grow as a leader your team will also grow and improve; as you learn and make mistakes, your team will also learn.

The Power of Positive Thinking. Ron has this way of listening, as a leader should, and then being practical (not just Pollyannaish) about changing perspective. Let’s think about it differently. Usually when we think differently, there is a shift to being proactive versus reactive. Like Steven Covey says, reactivity builds negativity and pro-activity builds confidence. When you lead your people forward, they will build positive momentum, instead of negative movement backward.